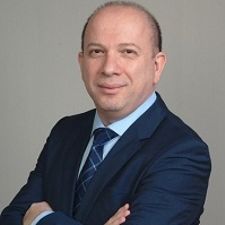 Roman Ferster is an International Business Development Executive and an Entrepreneur with over 25 years of expertise in the High-tech, IT, and Automotive industries. In 2003, at the onset of fleet management digitization, Roman founded RGRauto to provide fleet safety professionals with evolving technologies to help prevent accidents while improving the safety and efficiency of fleets: government, municipal and commercial. Today, as a seasoned driver safety professional, Roman continues to introduce modern, cutting-edge technologies such as Smart ADAS, AI-DMS, and IoT Telematics. With Roman's leadership RGRauto's European and US teams, are pioneering the path to safe roads and smart cities. Prior to funding RGR, Roman held different managerial and other key positions for several world-leading corporations in EMEA and Eurasia. Living in Florida, in his spare time, Roman enjoys road cycling, boating, and traveling the world with his family. Roman is fluent in English, Russian, and his native Hebrew.

This session will identify best practices to ensure that aftermarket solutions implementation does not become a fleet nightmare. More Info