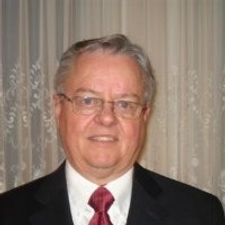 Mike Sims is the Global Fleet Manager for the Church of Jesus Christ of Latter-Day-Saints. He oversees the entire worldwide fleet of 15,000 vehicles. In this role, Mike supervises 27 employees located in Salt Lake City, Utah. Mike also has support staff in 15 Area Offices that covers 144 countries. Mike has been in the fleet industry for 38 years with the Church. Mike has served on several industry advisory boards in Including, Ford, Chrysler, GM Global, and is currently a member of the AFLA Global advisory board and chairs the GM North America advisory board. Mike was named Fleet Manager of the Year in 2010.  He was also inducted into the North American Fleet Hall of fame in 2018 and the Global Fleet Hall of fame in 2021.

Our 2021 Global Fleet Team of the year - from The Church of Jesus Christ of Latter-Day Saints - is a group of individuals working together to achieve a common goal, and will share their insights on how to operate a best-in-class fleet. More Info