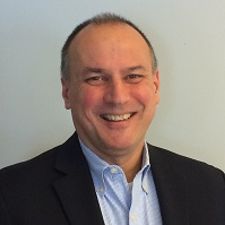 In the Global Fleet industry since 1996, Michael Bieger is currently the Global Fleet Manager for Catholic Relief Services where is leading the efforts to globalize a fleet of over 1,300 vehicles and 2,000+ motorcycles in over 49 countries. Founded in 1943 by the Catholic Bishops of the United States to serve World War II survivors in Europe, the NGO has expanded in size to reach more than 130 million people in more than 100 countries on five continents.

Michael has served as the Global Fleet Manager for Hoffmann-La Roche, as Sr. Director of Global Fleet for ADP, and as founder and Managing Partner of Black River Fleet LLC. He has been an industry speaker, presenting at AFLA, NAFA, AfMA, and the Global Fleet conference; and has been a contributor to Automotive Fleet Magazine and other industry publications.

He has served on several supplier client boards both for GE and Wheels as well as NAFA's Corporate Fleet Advisory Council, and most recently was on AFLA's exec utive board and has served as President in 2017, and has his Masters form Montclair University and an International Diploma in Controlling from Hoffmann-La Roche.

Case Study: How to Effectively Operate a Fleet in Sub-Saharan Africa

There are numerous challenges in managing a fleet in Sub-Saharan Africa ranging from poor fuel quality, lack of fleet maintenance infrastructure, to vehicle acquisition difficulties. his case study will show you how to effectively address these challenges and avoid common mistakes. More Info

How to Develop an Effective Global RFP